An expert on social development and anthropologist by training, Mary was best known as a pioneer in the battle against Female Genital Mutilation (FGM).

Born in Cairo Egypt in 1922, Mary’s work in development started early, as she joined the Youth Women’s Christians’ Association (YWCA). Mary was a member of the World Council of Churches and became increasingly concerned with issues regarding women’s health. Her long struggle against FGM proved fruitful in 2008, when Egypt finally criminalized the practice.

She is remembered as a mentor to many Egyptian feminists and activists. 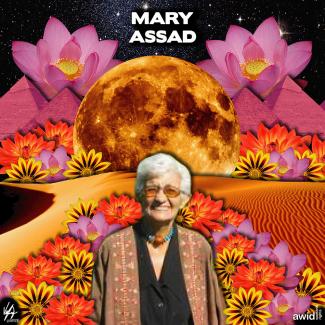