Amal was a prominent politician and parliamentarian in Libya. She was a faculty member at Benghazi University from 1995 until her death in 2017.

Amal was a civil society activist and a member of various social and political initiatives. She assisted the families of martyrs and the  disappeared, and was a founding member of a youth initiative called ‘’Youth of Benghazi Libya”. In the 2014 parliamentary elections, Amal was elected to the House of Representatives with more than 14,000 votes (the highest number of votes anyone received in the 2014 elections).

Amal will remain in the memories of many as a woman politician working to ensure a better future in one the most difficult and conflict-ridden contexts in the region. 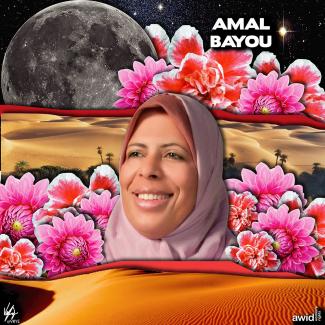