Zita was a women’s rights activist who defended the rights of rural women in Greater Kivu.

She was the first Executive Director of UWAKI - a well known women’s organisation. Through her work with Women's Network for Rights and Peace (RFDP), and the Women's Caucus of South Kivu for Peace, she committed her life to helping to restore peace in the Eastern DRC. She spoke out strongly against the use of sexual violence as a weapon of war.

In 2006, she put herself forward as a candidate in the first democratic elections in the DRC. Although she did not win, she continued to advocate for women’s rights and the South Kivu community remembers her fondly. 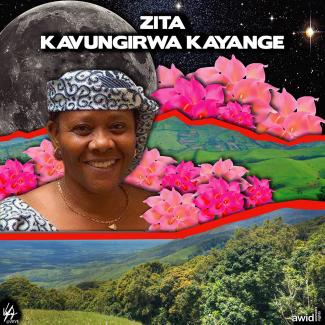