Su’ad was a strong advocate of women’s and children’s rights, and was the head of Al-Weed Al-Alaiami - an Iraqi human rights organisation.

She participated in the July 2018 demonstrations that took place in Basra and several other Iraqi cities protesting unemployment and demanding jobs and proper public services for citizens, as well as calling for the elimination of rampant corruption.

On 25 September 2018, Su’ad was assassinated in the Al-Abbasiyah district in downtown Basra. A video of the incident showed a person approaching her as she was getting into her car, firing a bullet at the back of her head and pointing another bullet at her driver Hussain Hassan, who was injured in the shoulder. Al-Ali was 46 and the mother of four children. 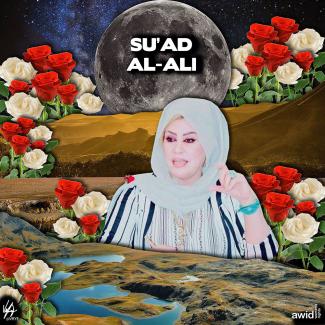