Samira was a Syrian activist under Bashar al-Asad's regime.

From a young age Samira opposed all forms of despotism, particularly vis-a-vis the authoritarian regime in which she lived.

Samira was kidnapped in 2013 along with three other prominent activists. She is believed to have been taken from the Center for the Documentation of Violations in Duma, in rural Damascus.

The main suspect associated with her disappearance is the Army of Islam (which denies its involvement). There has been no formal investigation of Samira’s disappearance and she has not been heard from since.  Samira was committed to her country and refused to leave Syria until she felt her role in empowering women and documenting crimes was no longer necessary. 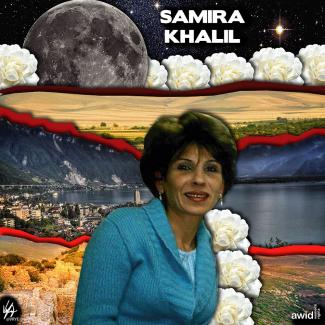