Mariam was a paralegal at the Kawagib Moro Human Rights Alliance.

Mariam was a staunch critic of militarization in Moro communities, and consistently denounced aerial bombardment and encampment. She had to seek sanctuary after exposing and calling out the injustices committed against Muslim communities in the Philippines.

She is believed to have been killed by suspected military agents because of her work as a WHRD. The assailants who killed Mariam waited for her, caught up with the vehicle she was using and shot her seven times. 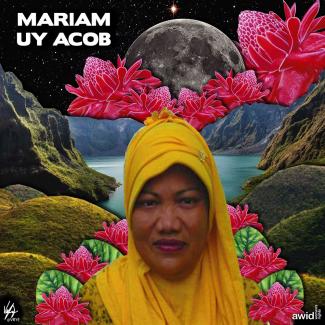