CODECA is a human rights organisation of Indigenous farmers dedicated to promoting land rights and rural development for Indigenous families) in the Nebaj Quiché micro-region. She first joined CODECA as a member of its youth branch (Juventud de CODECA). At the time of her death had been elected to be part of the Executive Committee of the Movement for the Liberation of Peoples (MLP).

Juana’s body was found by neighbours by a small river on the road near Nebaj and Acambalam Village, Guatemala. According to CODECA, her body showed signs of torture. 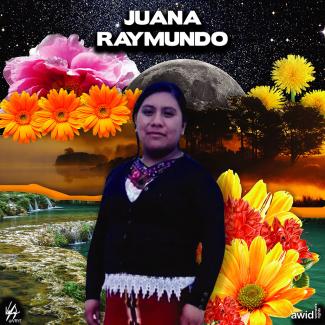