Juana was one of the founders and current Board Member of Red de Mujeres Ixiles de Nebaj, an Indigenous women’s rights organization that is a member of the Mesoamerican Initiative of WHRDs (IM-Defensoras).

She was also a midwife and a mother of 7 children. Juana had received death threats that were reported to the Prosecutor’s office. Juana is the third Indigenous WHRD murdered in the area during 2018. The Guatemala Ombudsman reports that a total of 20 HRDs were killed in the country this year.

Juana Ramírez Santiago was shot dead by unidentified attackers while crossing a bridge in Nebak, Quiché, Guatemala. Investigations to identify the perpetrators are ongoing. 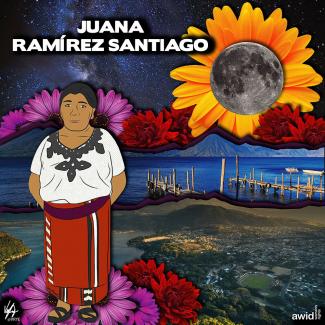