Jacqueline was a pioneering Malian/Burkinabe feminist, nationalist and educator.

She taught English in Senegal, before being recruited in 1961 as an English teacher at the Lycée Philippe Zinda Kaboré in Ouagadougou, Burkina Faso. Through her activism, she was involved in the popular uprising of January 3, 1966. Between 1961 and 1966, Jacqueline was also responsible for the trade union press, Voices of the Teachers. She was appointed as the head of the Normal Course for Young Girls (now known as Nelson Mandela High School) until 1974, and dedicated herself to girls’ education and advancing women’s rights.

In 1984 she was awarded the Paul G. Hoffmann Award for outstanding work in national and international development. 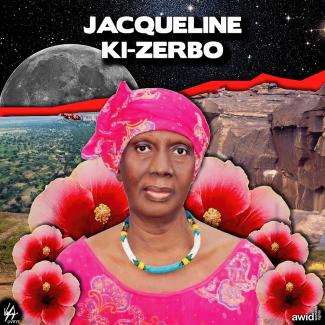